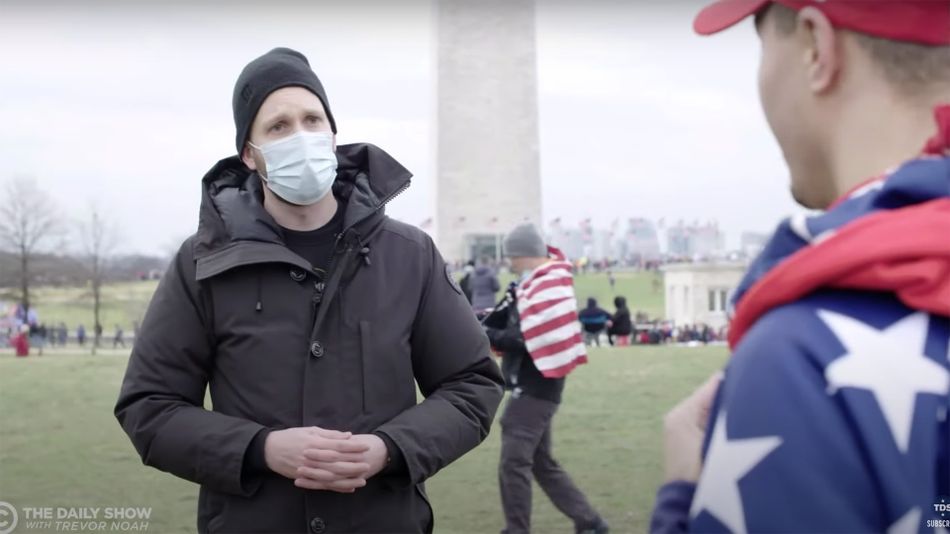 The Daily Show's Jordan Klepper was on the ground when the pro-Trump mob violently stormed the U.S. Capitol, and the footage makes for unsurprisingly bleak viewing.

During the course of the video above we see Trump supporters ranting to Klepper about a "fraudulent election," touting unfounded conspiracy theories, and eventually tripping Klepper's cameraman before claiming that he was the one who "assaulted" them.

"Trump's fake tough-guy military are literally throwing themselves on the ground to perpetuate victimhood," says Klepper over footage of the men (in camo gear) walking off towards the Capitol buildings. Read more...